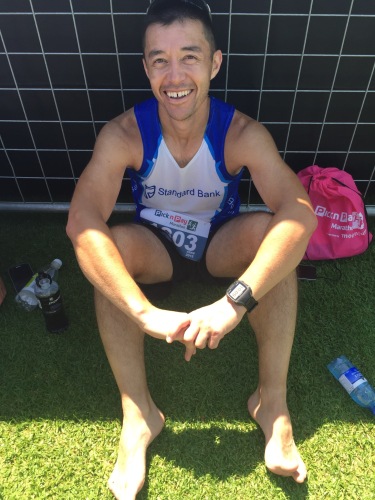 It’s been 4 weeks since KK injured himself. His injury came at the worst time possible – key training weeks before Two Oceans and Comrades.

As a typical runner, he’s been through all the emotions. It started with denial of the injury, thinking it would go away. Then came acceptance and regular visits to the physio, followed by daily rehabilitation exercises trying to strengthen the area.

But it’s this last phase that has been the worst. Acceptance that he is not going to be able to run Two Oceans and realisation that there isn’t much time to train before Comrades.

I keep telling him to rest, to take it easy and not worry about the races. But as any runner knows, that’s easier said than done. Especially since his Comrades would see him getting a back to back medal for his second consecutive race. There’s still time, I tell him. But he’s frustrated.

I’ve realised how easily we take for granted that we’re fit to run. I’ve realised that our bodies don’t give us much warning when we’re about to get injured. It just happens.

But the greatest lesson an injury teaches us is patience. Runners are the worst when it comes to being patient. Hang in there KK!