In November 2010, I was asked if I would like to blog about my running experiences, especially my build-up to Two Oceans Half Marathon in April 2011. Having missed the cut-off time in 2010 (I don’t wanna talk about it!), I reluctantly declined, fearing that if I missed cut-off again, I would have alerted all the readers of my blog of my failure and would never forgive myself or get over it. The shame would be too great to overcome. (stupid me!)

I actually did manage to make cut-off for this year’s Two Oceans. It was one of the most wonderful achievements of my life and I regrett 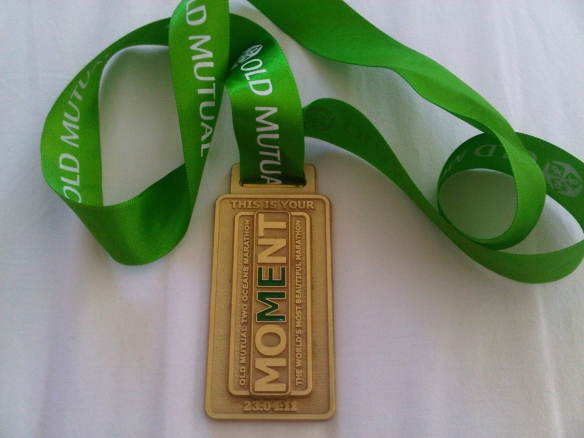 ed not being able to share what it meant for me with others. The build-up to the race, the training, the dieting, the injuries. But most of all the mental war that I fought daily convincing my body and my mind that I was capable of doing it.

With a 21.1km cut-off time of 3 hours for majority of the races I run, I not only have the stress of ensuring I can run the distance, but the added stress of trying to do it within the cut-off time when I know that my running pace is 8mins/km. My running has therefore become more of a mental challenge.

A good friend of mine has always told me that I do in fact have a story to tell. That there most probably are other people out there who have the same struggles with running as I do and that I can be an inspiration to them. (I love you Conrad!). 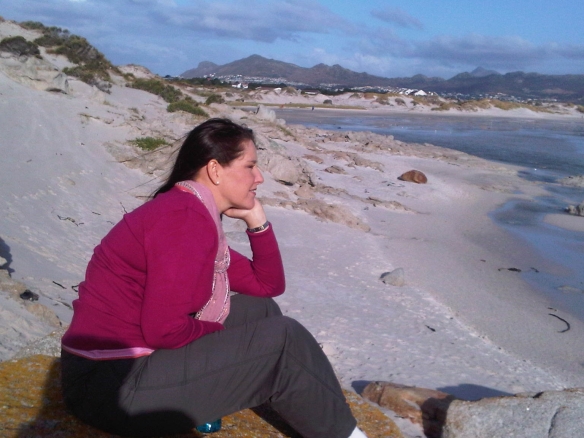 It was only recently when I was invited to a Bloggers meetup that someone who follows me on Twitter made the comment, “Bron, you’ve passed 20 000 tweets on Twitter, maybe it’s time for you to start your own blog”.

I knew exactly what I wanted to blog about…

Running a half marathon takes me just under 3 hrs. I get to do a lot of thinking in 3 hours. Mostly about my life, people I love, my fears, my hopes.

My blog will take you on that journey – one of me trying to make cut-off time and the other, all the thoughts filling my head while I run.

13 thoughts on “Blogging: the next step in my running journey …”