I’ve always been a Blackberry fan. Ask anyone who knows me and they’ll tell you how irritating it was to be around me because whenever you saw me, I would have my phone glued to my hand. 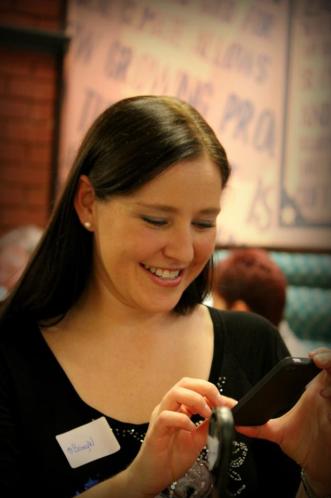 My Blackberry was my life. I was addicted to it and how it opened up a whole new world for me.

But after 2 years of total dedication to my BB, I’ve switched over to iPhone.

Funny enough, the decision was an easy one to make. It wasn’t the blackout of 2011 that made me change my mind, nor was it the constant bad press that RIM has been receiving about its financials. BB has just started to let me down, in a big way, especially with regards to social media.

I found most evenings, my Twitter time line was not refreshing. Posting a tweet would take me up to 2 minutes. Worst of all is that I struggled to connect to the Internet all the time! And when I wasn’t charging my battery, I was doing a battery pull. In addition to that, I had started to use KK’s phone for taking photos for my blog and had seen some of the cool photo apps available via the iStore.

It’s been a month now since I made the switch and I must admit that I’ll never go back to Blackberry. iPhone is simply in a different league all together! 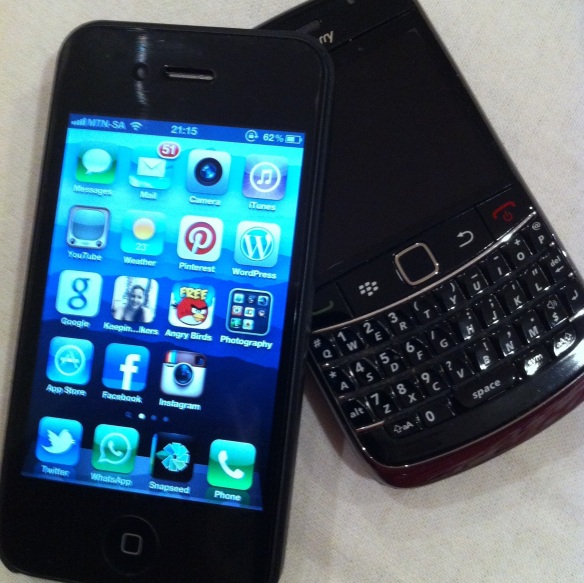 But with the switch, I’ve noticed something else too… I have my life back. (don’t laugh)

I know this is going to sound weird, but my BB seemed to “own” me. Being a typical A-type personality person, I was not able to ignore that little red flashing light. Yes, I’d try waiting a few minutes before I’d look, but it would kill me not to do so immediately. I was completely controlled by that red flashing light! It was like a spell! I would answer to emails at 23:00 at night and read work emails on the beach, even sneak quick peaks at my phone whilst driving. I could not put my BB down. Ironically, with the iPhone I can. I’ve taken back the control.

I find I am tweeting less but cheating on Twitter by playing around with other sexy apps such as Instagram. I also love all the other camera apps!

Am I still in that honeymoon phase of iPhone? Most probably…

Confession: If you look in my bag, I still carry the old Blackberry around with me. Maybe it’s my comfort blanket? I don’t know. As much as it’s let me down, I still feel I need to have it close by. I’m not ready to pack it away just yet. Maybe it’s because I still can’t believe the iPhone can be that great. But it is…