It’s been just over a week since KK finished his very first Comrades marathon race. We’ve enjoyed many evenings of analyzing it, discussing the highs and lows, the plans for the up run next year and the sad story of the runner who died just as he finished his race. It’s also been quite relaxing not to have to get up at ungodly hours to run or to plan our weekends around a race calendar.

The most wonderful part for me was running the journey alongside KK as his supporter. The training, the eating plan and the gym sessions. Even completing numerous half marathons while I waited for him to run full ones. But the two highlights for me came as the sun rose and set on the 1st June. 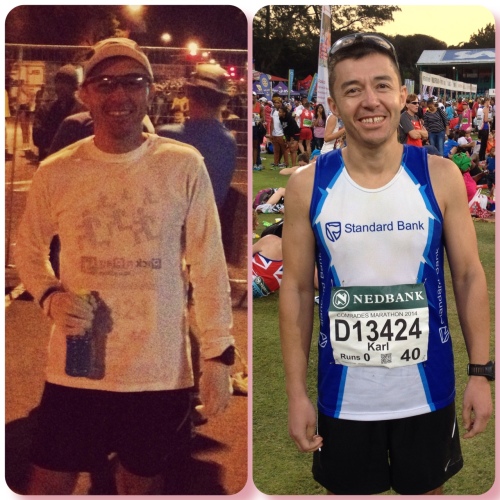 As we dropped KK off on the morning at the start of the Comrades race in Pietermaritzburg, he could hardly talk. In the 17 years that I’ve known him, I’ve never seen him so nervous. But the exhaustion & joy on his face when I finally found him on the field at Sahara Park after the race with his medal around his neck is a sight I’ll never forget. I was overcome with emotion and pride. 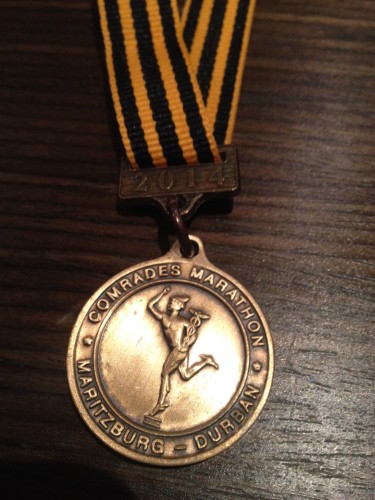 So people have asked me if I’ll be tackling the up run with him next year. Um… not a chance! The bug hasn’t bitten and I don’t think it ever will. The Comrades marathon is an enormous physical and emotional challenge which I’m so glad KK has conquered. But for now, I’m sticking to those half marathons thanks.

2 thoughts on “The high after the race”